The Chronicling America database, from the Library of Congress, is a rich source of old baseball stuff. For instance, 100 years ago today in the Ogden Standard, an article about a favorite, the Great Lajoie.

Because I have been living under a rock for the last few months, and for December in particular, I totally absolutely missed the news about:

a. Chris Colabello, being claimed by Toronto off waivers (December 8th! Where was I?)

b. Colabello being outrighted to the Triple A Buffalo Bisons.(February11th! Where was I?)

And so, here I am, suddenly thinking to myself, “Hey, wha… where… where’s Colabello? What happened to Colabello?” 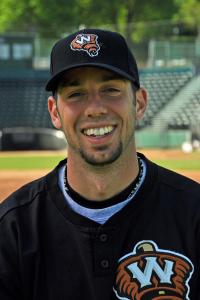 Yes, this kind of brings me down, even though I probably should have been preparing for it, lo these many months. For the Twins have a first baseman name of Mauer, and once Joe picked up the first baseman’s glove, that probably indicated that all the other first baseman better start to pack their bags. (Goodbye, Justin Morneau. So long, Chris Colabello.)

Justin went to Pittsburgh, of course. (Who did we get for him? Oh, yes, Alex Presley, and, momentarily, Duke Welker. The Twins then waived Presley, and Houston picked him up, and it looks like he’s still with the Astros. The Twins quickly traded Welker back to Pittsburgh for Kris Johnson. Pittsburgh then released Welker, and then, later, the Twins released Johnson. Such are the wily machinations of the executive suite.) Meanwhile, of course,Pittsburgh let Morneau walk at the end of the season, and Colorado signed him, and I guess he had a pretty fine season up there in the mountains of Colorado.(.319, (leading the NL), 17hr, 82 rbi, and a .860 OPS.

(Trivia question: Who had the highest OPS on the Twins in 2014? Answer: young center fielder / shortstop Danny Santana: .824, followed by young DH Kennys Vargas (.772) and then young second baseman Bull Dozier (.762). Perhaps this bodes well for the future?)

So Mr. Colabello is gone, and I’m sorry to see him go. I liked the way he came up from the independent leagues to make the majors, and I like the fact that he turned down big money to play in Korea, because “Going to Korea would mean giving up the dream of being a big-leaguer.” How can you not root for a guy like that? Plus he broke Kirby Puckett’s record for most RBIs in the month of April (26), and he hit a home run for his mother on her birthday. With her sitting up in the stands. I really wanted Colabello to hit so well that they had to play him. But he didn’t, and they didn’t, and now he’s in Toronto. (Starting first baseman last year, Edward Encarnacion. 34 home runs there.) 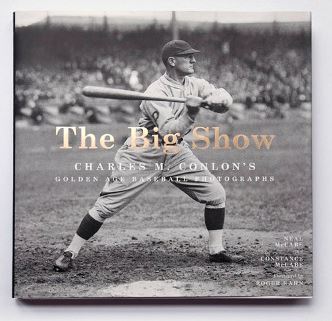 I’ve already reviewed the first volume of Conlon photographs assembled by Neal and Constance McCabe, so I won’t go into a lot of details here about the Conlon story. I noted tonight, though, that McCabe, in the afterword, says that he thinks this volume is better than the first, as this time “I actually had some idea of what I was doing.”

Well, he might be right. Overall, of course, the main thing is the pictures, and I couldn’t pick based on that. Both books are great collections. The text accompanying the pictures, though, did seem a bit stronger in this edition. I may need to review the previous edition to be sure about that. But the text is really secondary. The pictures stand on their own. At some point in this edition, McCabe draws a comparion to the great German photographer, August Sander. I would have to agree. Conlon never got the attention from the photography community, and he wasn’t aspiring to high art.

None the less, it is. I highly recommend both these books.

Well, the Twins have missed out on the golden opportunity, as the Toronto Blue Jays sign Johan Santana to a minor league contract, with an invite to spring training. 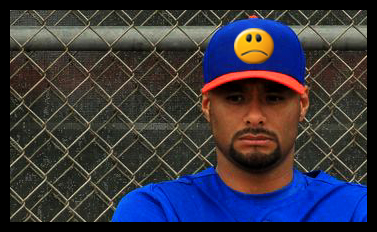 Hard to believe those free-spending Twins couldn’t shell out a minor league contract for Johan.

Well, the season’s just beginning. It may happen yet. And good luck to Johan with them Blue Jays.

Endless Summer
Create a free website or blog at WordPress.com.