Could it get any bigger than this?

The Twins go to Cleveland with a tenuous 3.5 game lead. It’s a three game series, and the first game is rained out. So: double-header time. There’s still a good number of games left, so everything doesn’t actually ride on this series. But it kind of feels like it does. The Twins have taken some blows lately, losing Pineda and Buxton. They’ve lost a few games, and the Spiders are breathing down their necks now, and here we are, playing in the Clevelander’s home park, the Spider Web. Play-off baseball. A doubleheader with the top two teams.

There is great potential for disaster.

But the boys come out and take the first one, 2-0, with shut-down pitching from the law firm of  Smeltzer, Littell, Duffy, Romo, and Rogers. Polanco gets a two-run homer to win the game. And then the Twins actually sweep the doubleheader, coming back from a 5-2 deficit in game two. They tie it up in the 8th, 5-5, and with the bases loaded and one out Sano crushes the first pitch into the left field stands.

They are up by 5.5 games. And the radio broadcast crew say the words: “magic number.”

And the Magic Number is

Halsey Hall, for those not in the know, was a newspaper reporter and broadcast journalist in the Twin Cities, and covered the Twins on radio with WCCO and Herb Carneal from 1961 to 1972. He passed away in 1977 at age 79, but the legend lives on, and the local branch for SABR is named the Halsey Hall chapter.

They’ve put a nice little bio of Halsey on line, it’s practically mandatory reading for all true fans of the Minnesota Twins.

Halsey said it first, and he said it best.

…as Halsey Hall used to say. 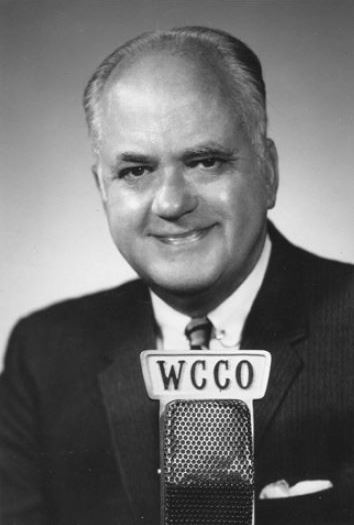 Did you know that Halsey used “Holy Cow” in his Home Run call long before Harry Caray used it?

Yes, Halsey originated the “Holy Cow!” exclamation. Credit where credit is due.

My favorite story about ol’ Halsey is the time in 1968 that he set the press box on fire with ashes from one of his big cigars.

I was lucky to grow up listing to the Twins games on the radio, summer after summer, Herb Carneal, Halsey Hall, and of course, Hamm’s, the beer that refreshes.

There’s a nice little write up about Halsey on the Society for American Baseball Research website. Good stories? Holy cow! In fact, the local SABR chapter is the Halsey Hall chapter. I wonder if they could add Herb Carneal into the name? Check out their February 2017 newsletter for a nice “Who Lived Here” trivia question.

Anyway: Pitchers and Catchers report. Spring is here. At last.

This being late October, everybody has naturally got World Series Fever. Say what you will about all those other sports, Foot-Ball, Basket-Ball, Croquet, Hurling, Rugby, Chess, what-have-you… Baseball IS the National Past Time, and when October rolls around, the nation’s eyes are on the diamond, and we wait with bated breath the crowning of the next champion.

The Library of Congress yesterday (Prints and Photos division) posted a news article about the bygone days of World Series fever, in the golden days before television, when the boys would gather around the newspaper scoreboard or the local radio to follow the play-by-play.

I’ll bet that was fun, standing on the street, watching the action. No commercial interruptions. No instant replays. No expert analysis explaining everything in detail. Well, on second thought, there was probably plenty of that, but on a more local level.

Kansas City had the top record in the AL, so I like to see them in the series. In the Senior Circuit, the hated St. Louis Cards won 100 games in the regular season, while the Metropolitans only garnered 90. Some might therefore wonder if the best team in the NL has actually made it to the World Series.

But them’s the rules. A KC/St. Louis series would have been fun, though.

Kansas City’s got a good club. With two games gone, I’m not going to make any predictions, but I always like to see the AL take the series, no matter who I think is going to win.

Incidentally, who knows why the KC club is named the Royals? Perhaps you think it is a tip of the cap to the old KC Monarch’s of the old Negro Leagues? Well, then, you are wrong. The Royals are named for the American Royal livestock show, rodeo, horse show, and, I guess, a barbecue competition, held annually in KC since 1899. Turns out that no one knows why the KC Monarchs were named the Monarchs – but it is possibly a tip of the cap to the same Royal livestock show. It’s possible, but nobody knows for sure. Is that all they can think of down there?

Finally, I’d just like to point out for posterity, I did just happen to nail the Twins final record this season, in my prediction post of April 9th.

First time that’s ever happened. We all look for better things next season.

Minneapolis in January is the opposite of baseball weather. The polar opposite. It was -10 when my wife went out this morning. When she came back she said, “it didn’t seem so bad.” Probably because this is day 4 or 5 of sub-zero days. We are either getting used to it or merely numb.

However, it might be a perfect day for listening to the Cubs play the Dodgers, at Ebbets Field, June 4th, 1957, where it is a comfortable early-summer day, and 75 degrees.

It’s Sandy Koufax on the mound for the Bums, vs. Dick Drott for the Cubbies. 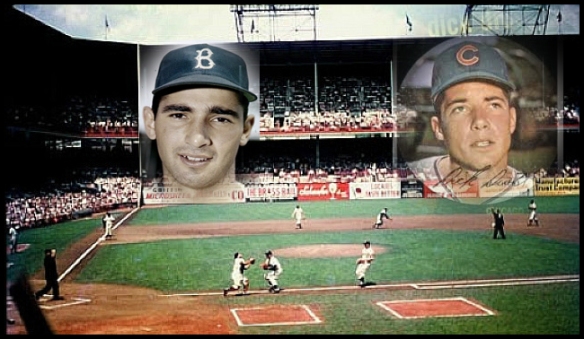